On My Own Wiki
Register
Don't have an account?
Sign In
Advertisement
in: Crafting, On My Own

Edit
watch 01:36
We're Getting Mutants in the MCU - The Loop
Do you like this video?
Play Sound
This article is a stub. You can help On My Own Wiki by expanding it.

Crafting is a core feature of On My Own. Players must craft items in order to survive. If you are an iOS user you may not be able to craft everything. This is because all items have not yet been implemented into the iOS version of On My Own. If you plan on traveling I suggest that you craft a bow green To access the crafting menu, select the avatar and select the "Craft Menu" icon at the top.

Drag items to the silver slots marked "+". Once the right combination is achieved, the potential item will appear in the gold slot marked "=". From there, drag the crafted item from the golden slot into storage.

Thread is used in many crafting recipes so it should be one of the most sought after materials, coming second to food.

It is suggested that small game hides be collected only to make the blanket, once a blanket has been made they should be discarded as they take up space in the inventory for no reason. <— (this isn’t exactly true considering they’re used to repair clothing but either then that it would be a good idea to discard your pelts)

Some items can be “uncrafted” by placing the desired item in the golden slot. There are two main reasons to do this: 1. To regain resources from something useless. or 2. To gain a journal entry wich saves the crafting recipe in your journal. Things can be uncrafted and recrafted as many times as you want if you still have all the same resources. 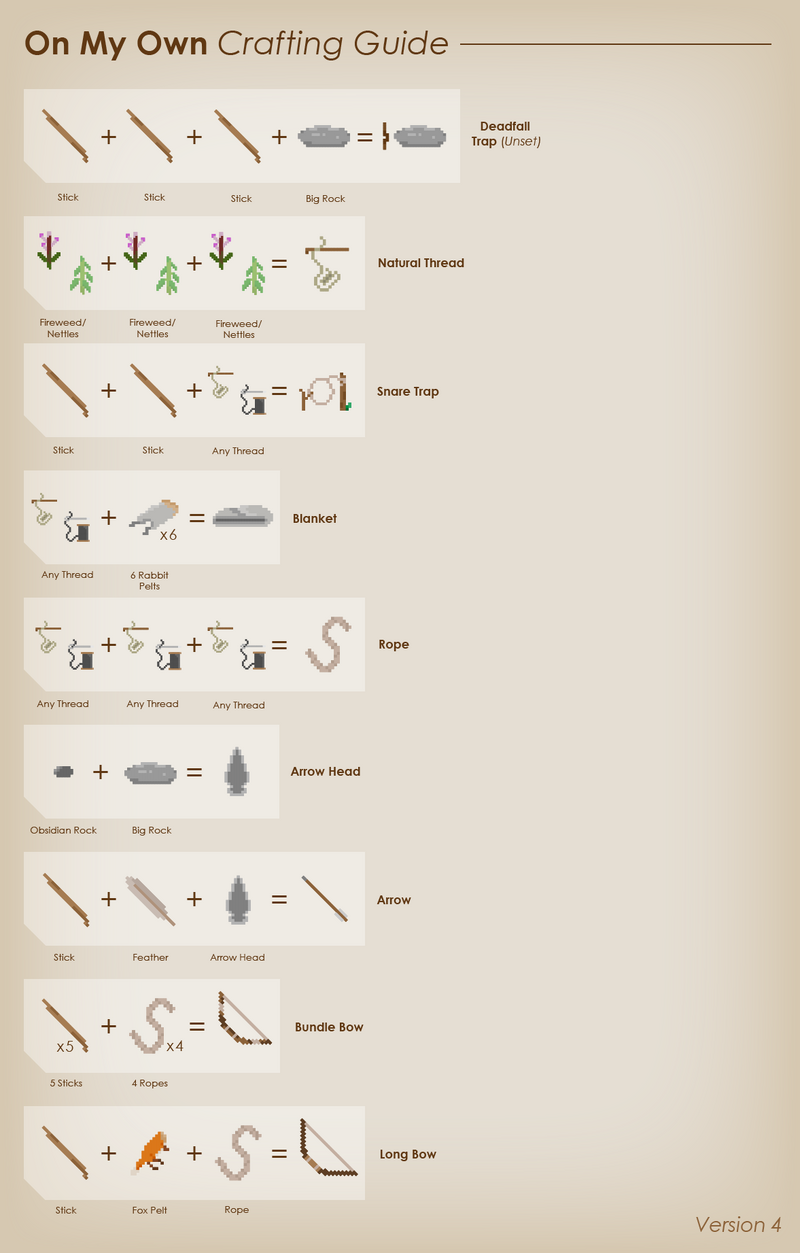 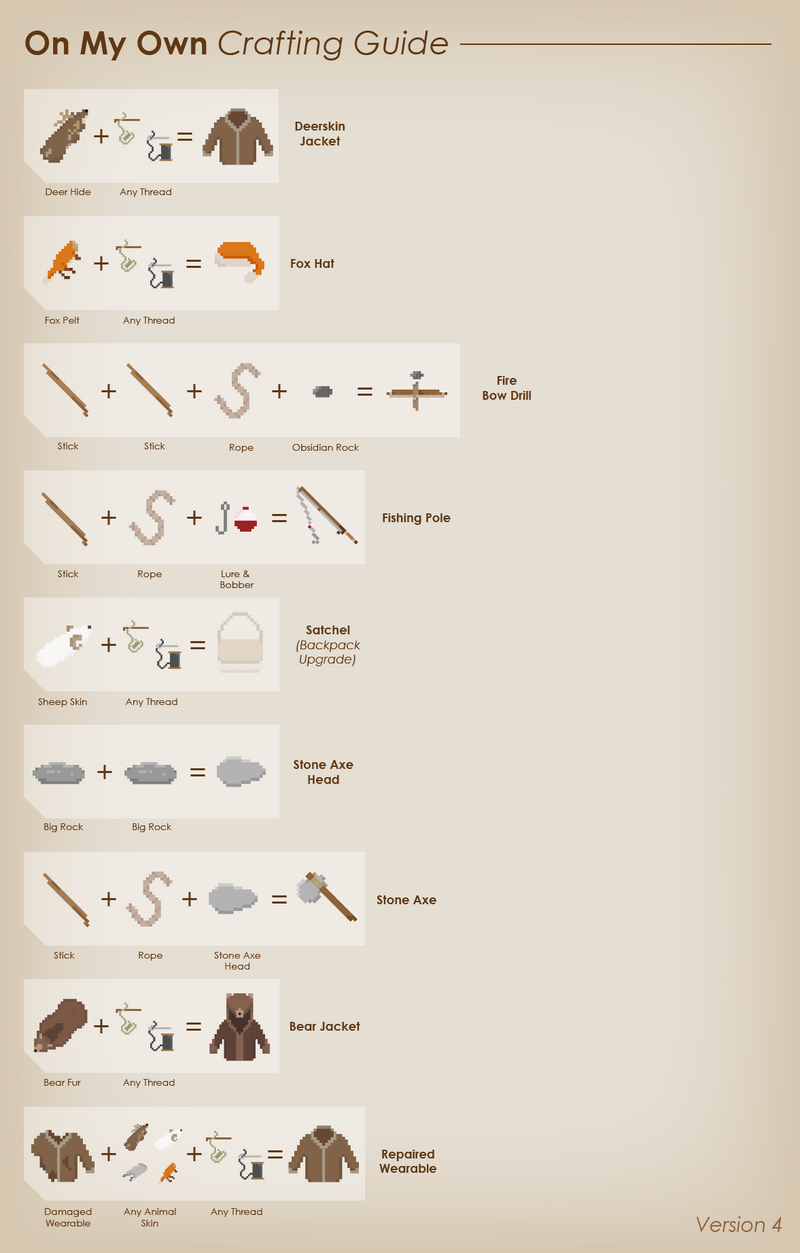 Deadfall Trap: Useful for trapping small game. Place deadfall trap near an open rabbit hole. Find some berries in a bush (berries can be picked and stored during summer) and place it onto the deadfall trap. Leave the trap alone for a while and then check if you have trapped any game. If there is no game and the trap is unset, place another berry and try again.

Natural Thread: Natural thread is a useful ingredient in many other recipes. It is used in snare traps, clothing articles, and other tools, as shown above.

Snare Trap: Useful for trapping small game. Place snare trap near an open rabbit hole. Leave it alone for a while and then check if you have trapped any game. If there is no game, and the trap is unset, pick the trap up and place it down again to reset it. (Tip: Sometimes it is helpful to place several traps by one hole).

Rope: Rope is a useful ingredient in many other recipes. It is used in bows, fishing rods, and other tools as shown above.

Arrow Head: Arrow Heads are used to make arrows. Obsidian stones are small black "holes" that can be picked up like big rocks.

Arrows: Arrows are used with bows to hunt large game such as foxes, deer, and sheep. Keep them in your inventory with your bow to use them.

Bundle Bow: Bundle bows are used to hunt large game such as foxes, deer, sheep. To use the bow, click on the box in the upper left corner until you see the bow. Then click on your target to shoot. Make sure you have enough arrows in your inventory for your purpose. Bundle bows break after a few uses. If you miss just go over to the arrow to pick it up and reuse it.